I really wanted to play with the Azure Stack, but as a Cloud automation consultant, I don’t have access to a lot of hardware. Most of what I deal with is already in the Cloud, so how do you run one? Moreover, the hardware requirements are high, because the technical preview is only installable on a single host, colocating all its components for now. 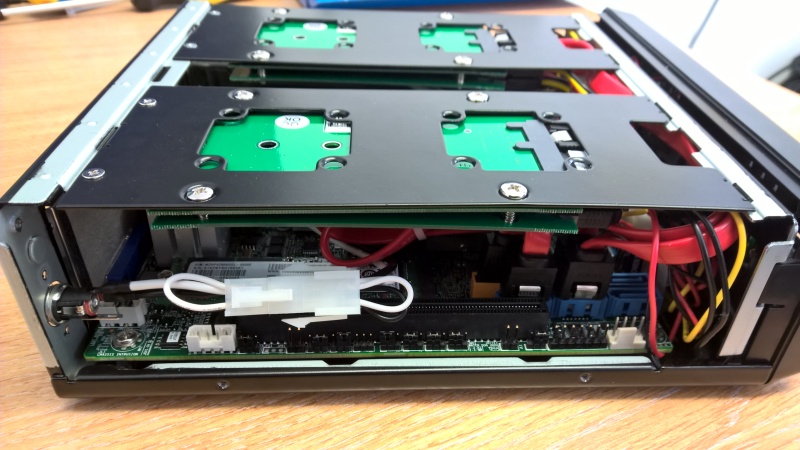 I was determined to have something powerful, compact and not too noisy.

I went for the following:

Based on the hardware requirements, it’s only short on CPU power (single socket with 8 cores instead of a minimum recommended of dual socket, 12 cores total).

The total price was slightly above £2000 ex-VAT, but you don’t have to go that extreme (smaller SSDs would do for instance…

I did not want to spend the time to order all the parts and assemble them myself, so I looked for some European-based server shop (for shorter delivery time and VAT deduction) with the motherboard in stock, and there were only a few. One of them, https://serverfactory.co.uk seemed knowledgeable and reactive on their online chat, and told them about my ‘project’. They sent me a quote that was spot on what I expected so I went with them, and that was a good call.

In my initial search I went for different disks, and they had some in stock, they tried them but did not work, and changed them for others in no time.

The assembly they did is really good given the tight space, and they tested the assembled system before sending to me. I am very pleased of their service (and did not get any discount for this, so it’s sincere). Let them know I’ve recommended them if you buy through these guys, they’ll appreciate the effort where not just a one off.

Now if you’re based in the US, and you are not as demanding as I was with the form factor, you can look at the bundles for tinkertry, or from serverfactory.co.uk you can find similar offering here and ask for customization.

The case Supermicro 721TQ-250B would allow you 3.5″ drives or even normal 2.5″ ones, bigger FANs and hence drive the cost down a bit, but I liked the idea of a very compact size (about twice as big as a NUC), and being able to carry it with me for demos and on holidays to avoid Internet remote connection issues).

The M350 design is really good and would probably allow motherboard of low TDP without extra FANs, but because this assembly requires 4 disks attached to the 2 x 2.5″ disk brackets, they obstruct the vented part of the case, leaving very little air intake surface from the top for the CPU Fan. Running with the case closed for too long will put the internal temperature above the BIOS threshold unfortunately.

Opening the case slightly (one screw) will let it run cool without issue, while still being protected by the disk brackets and PCB adapters so that’s how I use it now. But I plan on trying to add an extra FAN on a side to improve airflow.

First of all, there are two pain points using the great IPMI function of the Supermicro Motherboard to remotely manage the server (I never plugged it to a screen or mouse/keyboard):

No biggie, I can install the JRE for my browser, but I’d rather not. And I can plug a USB stick and boot from it easily using Win 7 USB DVD iso Tool, but I don’t like having to walk to my server to plug the USB and would prefer mounting directly from my NAS. The Windows Server ISOs being more in the 8GB mark these days, except for Nano Server, this is not compatible with Supermicro’s IPMI.

Anyway, this has too be done only once.

Last thing to bear in mind is that the Azure Stack Technical Preview does not yet support the data storage to be on full SSDs. The trick is that the Azure Stack deployment script needs a very very simple tweak to work (but again, not supported!).
First mount the MicrosoftAzureStackPOC.vhdx, open the following script and add the parameter -S2DCacheMode Disable as below.

I found this gem going in great details on the disk support for AzureStack POC.

Then it’s just a matter of following the documentation to install it.

With the MS Band 2 for size comparison. 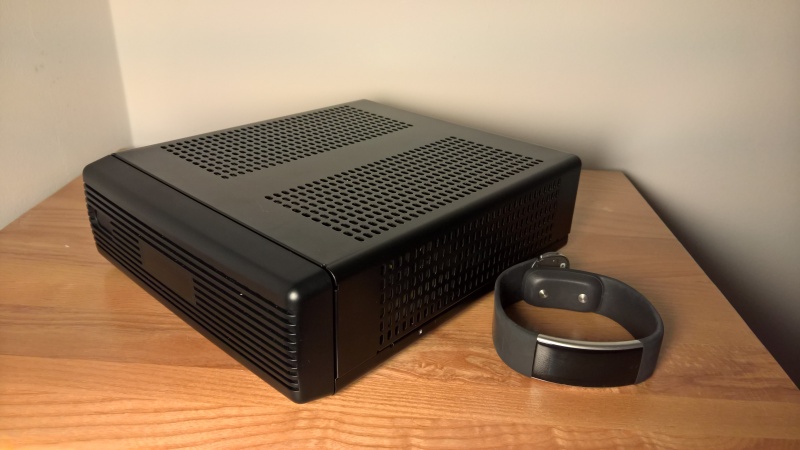